This one is a few years old, but it wasn’t until recently that it started hitting home.

You see, I have this boy who’s a little over 4 foot, weighs around 65 pounds, and he is 100% my husband’s son. This song reminds me of them every time I hear it. Heck, it reminds me of how I feel about him too. It’s kind of funny, his father stole my heart when he was about 6 years older than our son is now, how was I supposed to resist his son’s charms? That boy, he’s my heart.

He’s mine, that one

Got a wild-haired side and then some

It’s no surprise what he’s done

He’s every last bit of my old man’s son

You’d know he’s mine, yeah he is

Our boy now plays soccer and let me just tell you, he is a beast out there. If you know him, you’d know that he doesn’t let things go. If he sees a player on the other team taking “cheap shots” at one of his teammates he’ll find you and he’ll get you and don’t think size is an issue. He’s small, but he is mighty. Is it wrong? Maybe, but it still makes us proud that he defends his guys. He fights for what he thinks is right. Someone else, (cough cough) his old man (cough), is the SAME exact way. You’ll find us cheering him on and claiming him every time.

Livin’ for the speakers to call the name on the back

Limelight barely shined on him

But everyone still remembers when

He whooped up on that boy way bigger

For taking that cheap shot on our little kicker

And they threw him out

I yelled he’s mine that one

Got a wild-haired side and then some

It’s no surprise what he’s done

He’s ever last bit of my old man’s son

And I’ll take the blame

And claim him every time

Yeah man, he’s mine and he’ll always be

The best thing that ever happened to me

Take the blame, that’s all his father, but claim him, we’ll both do it every time. That boy, he’s got a wild-haired side and then some. Still, we love him unconditionally and we certainly do thank God that he’s ours.

I love him unconditionally

And I’ll take the blame

And claim him every time

I thank God, he’s mine

My name is Carrie Sevison. I am the daughter of some pretty amazing parents, the wife of an insanely strong-willed and handsome man, and the mama of two hooligans – a gorgeous wild child and a handsome soccer fanatic. I am a lover of DIY projects, decorating, clothes, makeup, shoes, weird finds, plants, food, traveling, the beach, and most importantly my family. I am random, like really random. I have a firm belief that I was born to be the mother of my Wild Child and the Love of My Life. There is no doubt in my mind that I will never accomplish anything bigger or more amazing than being their mama. 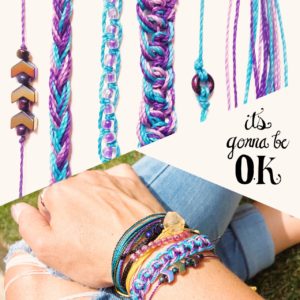